Cross Country Runs Towards Their Goals 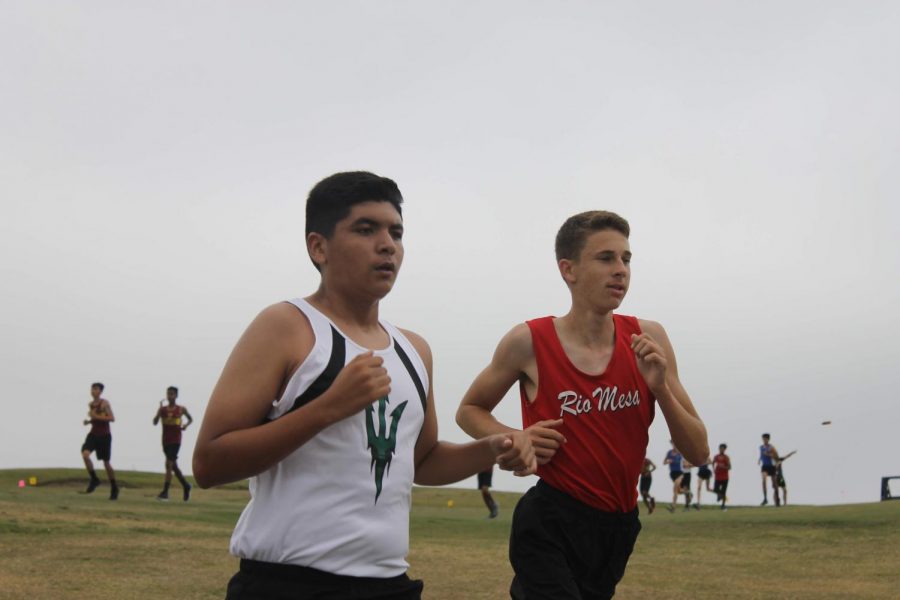 Pacifica’s Cross Country Team shows great promise for the 2018 to 2019 school year with a quick start into the season. The Tritons competed in their first invitational just two days after the first day of the school year began. Sophomore Jonathan Saucedo and Senior Gabriel Olivares ran strong in the Seaside Invitational at Ventura on August 31 with both running three miles in under 20 minutes.

On September 7, the team competed in their first league meet of the season at the River Ridge Golf Course in Oxnard. For many athletes on the team, it was their very first race, so they had mixed feelings: nervousness, excitement, and anticipation. All the athletes were relieved to have finished the race at the finish line since the course was difficult than most, as it had a lot of hills to run up and down. The coaches were proud of both their boys and girls’ varsity and junior varsity teams for their effort in the first league meet, but know that there is much room for improvement if the team is going to beat their rival Oxnard.

The Tritons competed in their second invitational on Sept. 21, with Jonathan Saucedo bringing home a medal for  finishing in the top twentieth overall by running three miles in an astonishing 17 minutes. The team went home on the bus chanting their Pacifica pride and having a great team huddle before heading home that Friday with sore muscles. Coaches Daw, Tomek, and Sandoval were all proud of everyone’s effort in the Gold Coast Invitational.

Many athletes share the goal of breaking their personal records during this season and making it onto varsity. All cross country runners know that it takes dedication and grit in such a sport to improve, but their zeal for progress and their teammates at their side are what keeps the team so determined. With such a quick and strong start into the season. The school wishes good luck to the young cross country team as they continue to race into the season.